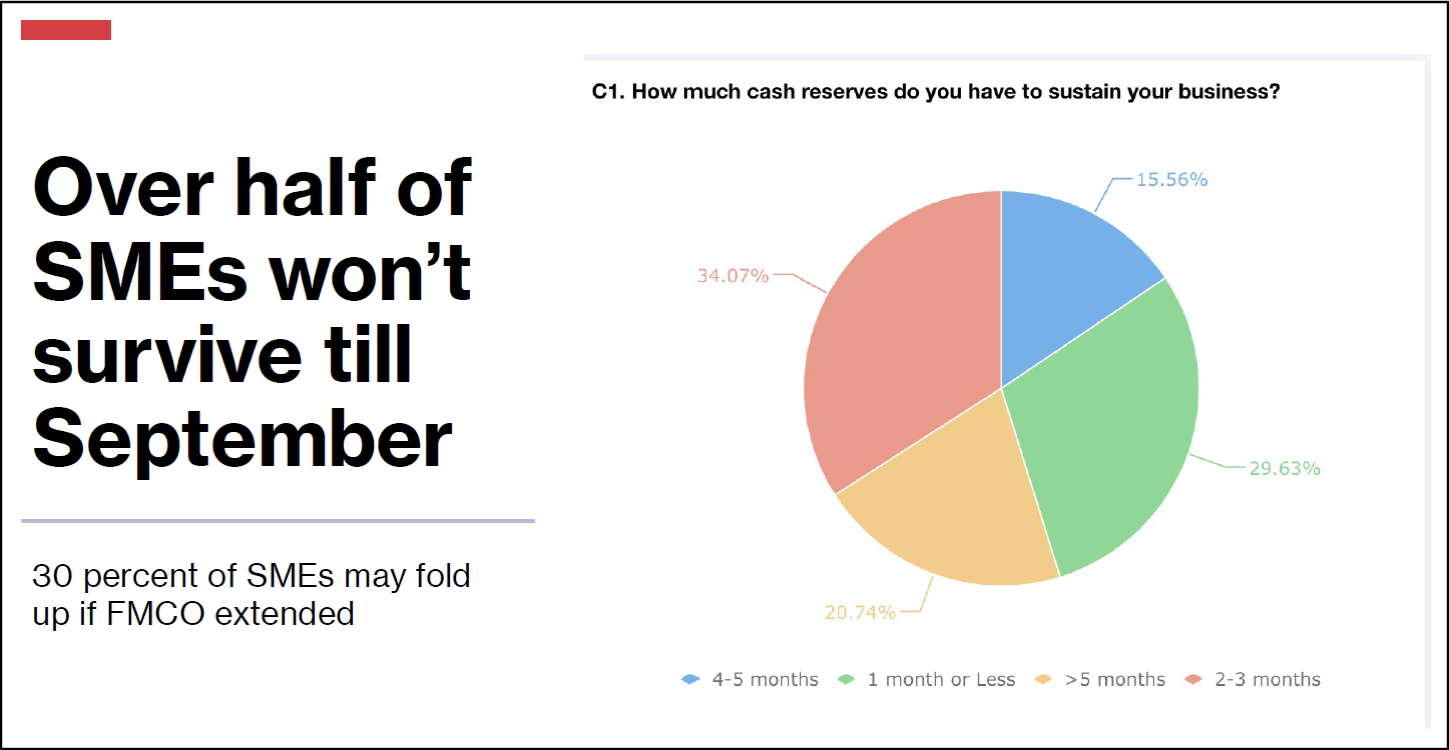 In the leadup to the start of Phase 2 of the National COVID19 Vaccination Program or otherwise known as PICK in BM, there are many questions which need to be asked and hopefully answered. We commend the job which the Coordinating Minister has carried out thus far under challenging circumstances. We hope that he can respond to the following 10 questions as Phase 2 of PICK starts on Monday, the 19th of April, 2021.

1.What is the geographical distribution of those above 60 who have yet to register for the COVID19 vaccine?

The Minister has stated previously that due to the lower than expected vaccine registration rates among those who are 60 and above, Phase 3 registrants will be vaccinated together with those who are scheduled for vaccination under Phase 2. He was also reported as saying, on the 29th of March, 2021, that only two million senior citizens have registered for Phase 2 of the vaccination program representing only 22% of the target.[1] This means there are approximately 7 million senior citizens who have yet to register for the vaccine.

At the time of writing, we don’t know which states/districts they may possibly be located in.

This would be useful information for us to know so that more targeted efforts can be used in order to get more senior citizens to be registered for the vaccine.

2. What steps have been taken to work with state governments in order to increase the vaccine registration rate?

State governments have access to some data for those who are aged 60 and above. For example, in Selangor, those who are 60 and above are eligible to be registered under the Skim Mesra Usia Emas (SMUE)[2]. In Penang, there is the senior citizen’s acknowledgment program in which all senior citizens above 60 are eligible.[3] As far as we know, there has not been any concerted effort to work with the state governments such as Selangor and Penang to mobilize the state government machinery, the elected representatives, and NGOs to register these senior citizens based on existing databases.

3.Will the two week notice for vaccine takers which was initially promised by the Minister be followed? What other measures can be used to reach out to those who haven’t confirmed their appointments via their MySejahtera app?

The Minister promised, on the 29th of March, 2021 that those who have their vaccination appointments during Phase 2 of PICK will be given a 2 week notification via the MySejahtera application, phone calls, and SMS. Anecdotal evidence thus far seems to indicate that many people have not received any notifications yet via one or more of the channels indicated by the Minister. [4] Many people are feeling anxious and are checking their MySejahtera app regularly either for themselves or for their dependents/parents (Dr. Ong registered his mother as his dependent but has yet to receive any notification of the date of vaccination. Dr. Ong helped his father register via his own MySejahtera app and according to the JKJAV website[5], his appointment is still pending). At the other end of the scale are those senior citizens who are not technology savvy and probably had someone else register them for the COVDI 19 vaccine and who have yet to respond to their MySejahtera and/or SMS notification. The Minister indicated as much when it was reported on the 12th of April that more than half of those initially notified have not responded to confirm their appointment dates.[6]

We need to understand the reasons for the low response rate if we are to increase the positive response rate. Other than not being tech-savvy, the issue of some senior citizens not being able to read and understand BM could also be another reason. Solutions such as voice messages, in more than one language, could be used moving forward.

4.Has the list of vaccination centers been confirmed? Will they be published soon?

At the time of writing, the full list of vaccination locations by the state for Phase 2 of PICK has not been publicly announced yet.

Although each person will be given the clinic / exact location of where they will receive their vaccination, it would be useful if the full list of vaccination locations are published so that those who have their doubts about the location can refer to a verified list. This should include private clinics and hospitals which have signed up to be part of the vaccination program.

5.Will there be translations for senior citizens who may not be very well-versed in BM? Will other assistance also be provided for those who are illiterate?

The process of vaccination will be challenging for those senior citizens who are illiterate, hard of hearing, have bad eyesight and/or are not so well-versed in BM. There are many forms to be completed, apps to be scanned and also one briefing to listen to. It would not be surprising to us if some senior citizens find the entire process too stressful and this may affect their physical health before, during and after taking the vaccine. Hopefully, at each of the vaccination locations, such issues would have already been considered and sufficient steps are undertaken to minimize the stress for the senior citizens.

6.Do we have sufficient manpower to increase the number of vaccinations per day for four-fold from 40,000 per day to 160,000 per day?

During Phase 1 of PICK, the average number of daily vaccinations was less than 40,000. The target for Phase 2 is 160,000 per day. Do we have the capacity in terms of nurses and doctors to ramp up to this number? Even with the inclusion of private GPs and hospitals in the vaccination process?

7.Are there any contingency plans in place to have “volunteers” to be vaccinated in case those who are confirmed their registration do not show up?

One would expect there to be some absenteeism among those who have confirmed their appointments based on the experience of other countries. The strategy or SOP in many of these countries is to have a queuing system or database where people can be informed if there are leftover vaccines that must be used before they expire in case there are people who do not show up for their appointments.

As far as we know, there is no such system in place in Malaysia. But we feel that this is a necessary step in the vaccination process so that vaccine wastage can be minimized.

8. How will the supply of COVID19 be affected by continued uncertainties?

The Minister has said that we have sufficient supplies of COVID19 vaccines to cover more than 80% of the population (including foreign workers), which is the percentage needed to achieve herd immunity.[7] But there remain outstanding concerns with regards to the authorisation of the SPUTNIK vaccine by NPRA (very few countries seemed to have authorized its usage) and also ongoing concerns on the small risk of developing blood clots via the Astra Zeneca vaccine which have made some countries like Denmark stop the use of the AZ vaccine (at least for now).

9.Can vaccination be made compulsory? Is this constitutional? What other methods can be used e.g. vaccine passport and allowance for activities?

Surely other incentives such as allowing those who have been vaccinated to do certain activities e.g. vaccine passports should be considered before a move for compulsory vaccination be made.

10.How effective and efficient is the COVID19 call center? Does it require more resources in terms of more callers who can speak different languages to call up those whose appointments are upcoming? Can we utilize technology such as chatbots and Artificial Intelligence to respond to queries on Phase 2 and Phase 3 appointments?

There is supposed to be a COVID19 vaccination call center but we are not sure as to how well it is functioning. At the time of writing, we do not know how many people are manning this call center, whether this number of people is sufficient, which ministries they are from (or this function has been outsourced to a private company), what training this group of people have received and so on. We would definitely be interested to visit this call center so that we can better understand how well it is functioning. And if we feel that there need to be more resources allocated to this call center, we would definitely support the Coordinating Minister’s appeal for more funding and other useful resources.

On the 18th of January, 2021, I published a list of 10 COVID-19 related questions directed to the Director General (DG) of Health, Tan Sri Dr. Noor Hisham.[1] One of the questions I asked was whether the DG would publish the Rt Values by state so that the public can know the projected COVID-19 trends for each state and also how the Rt value can be used to determine when the current MCO 2.0 can be lifted for each state. I would like to thank the DG for publishing the latest Rt values by the state yesterday, on the 21st of January, 2021.[2] These projections show that the number of daily COVID-19 could reach 8000 cases by the end of March 2021 if the Rt value remains at 1.1 for the entire country.

Apart from the Rt value, we should also focus on the daily “percent positive” rate of COVID-19 tests. I also called for this figure to be revealed nationally and by state. Although the positive testing rate is not published publicly by the Ministry of Health (MOH), these figures are provided to the World Health Organisation (WHO) and subsequently published in the “OUR WORLD IN DATA” website.[3]

Why is the daily “percent positive” rate an important measure? According to experts at the Johns Hopkins Bloomberg School of Public Health, “the percent positive is a critical measure because it gives us an indication how widespread infection is in the area where the testing is occurring—and whether levels of testing are keeping up with levels of disease transmission.“[4] How should we interpret this “percent positive” figure? What levels should be considered too high?

According to the WHO, the threshold of “percent positive” is 5%. Only when this figure drops to less than 5% should a government relax existing public health measures put in place to control the spread of COVID-19. On the 21st of January 2021, CodeBlue reported that Malaysia’s “percent positive” rate has been more than 5% since the 6th of November 2020 and has not dropped below 5% since.[5] (Figures reproduced in Figure 1 below) Since the “percent positive” rate was more than 5% in the months of November and December, why did the National Security Council (NSC) allow for inter-state travel to take place starting on the 7th of December 2020 under the Conditional Movement Control Order (CMCO)? Could this have contributed to the spike in the number of COVID cases especially given the high amount of travel to places like Langkawi during the end of the year holiday?

This is another example of the lack of consistency on the part of the National Security Council (NSC) when it comes to public policies in fighting the COVID-19 pandemic. Decisions to restrict movement and then later increase restrictions do not seem to be based on any consistent rules or guidelines. The Perikatan Nasional (PN) government has once again failed to convince the public that it has a consistent, coherent, and comprehensive plan to control this pandemic.