My Role as an MP – Part 5: “Miscellaneous” undertakings

In the first four parts of this series, I’ve tried to explain (i) the need to advocacy for parliamentary reforms to increase the effectiveness of MPs in the Dewan Rakyat (ii) the various constituency obligations which an MP has to attend to on a regular basis (iii) the responsibilities of an MP to his party duties and (iv) the issues which an MP can raise at the national level. In this concluding part, I want to explain how some of the “miscellaneous” tasks I have chosen to undertake as an MP which, on the surface, may not seem to be of direct benefit to my voters, but if given time, could result in having a more meaningful and lasting impact on the political landscape in Malaysia.

I decided, very early on in my time as an elected representative, that I would give priority to hiring and training interns in my parliamentary office. Initially, I would separate my interns into those who are more inclined towards public policy research and those who prefer to be exposed to constituency work. Over time, I’ve found it useful to have a better balance by pushing interns who prefer policy research to do at least some constituency work, so that they can see for themselves how policy is translated into challenges on the ground. At the same time, I’ve also encouraged those who prefer constituency service work to examine their work from a larger structural and policy perspective.

During the last 5 months, I’ve had the opportunity to work with 14 interns in my parliamentary office. Their time as interns ranged from 3 weeks to 3 months. Although the Movement Control Order 3.0 and their vaccination status prevented some of them from engaging in constituency work, I’m glad that most of my interns experienced some of the food basket distribution as well as vaccine related activities in different parts of my constituency. (One intern even found a full-time job because of following me around on some of my constituency activities!)

I’ve had the privilege of working with more than 100 interns during my 8 years as an MP. I can only hope that I’ve left a positive impression of what it means to be an MP to most of my interns. And that they would also have learned something from their internship experience. My aspiration is for my interns to take some of the public service spirits with them in whatever career path they choose for themselves. A few may choose a path of public service. Michelle Ng, a then LSE law student who interned with Tony Pua and me back in 2011, is now the state assemblywoman / ADUN for Subang Jaya. A young lady by the name of Lily, who started interning for me in 2014 when she was studying for her master’s degree at UPM is now a local councillor with MPKJ and my special officer. Another intern, Sharon Ling, was hired as my full-time parliamentary researcher. She would later go on to work for a state assemblywoman in Penang before going to the US to further her studies as a Fulbright scholar.  Another intern, Chen Yen-Shan, also worked for me before obtaining a scholarship to pursue a master’s in public policy (MPP) at the Lee Kuan Yew School of Public Policy. Upon graduation, he worked for me as my special officer when I was the Deputy Minister of International Trade and Industry (MITI). I have kept in touch with many of my former interns and I would consider some of them to be good friends. One former intern, Gabrielle, even sponsored a generous internship opportunity in 2016 for one applicant who was interested to work in my office. The successful applicant for this internship would later go on to work in the office of Lim Guan Eng when he was appointed as Finance Minister in 2018. Another former intern, Winson Lee, was a key member of the International Council of Malaysian Scholars (ICMS), whom I had the pleasure of working with to kickstart the inaugural Malaysian Public Policy Competition (MPCC) when I was still a lecturer at UCSI University in 2011.

I very much believe in the ideas and idealism of the younger generation. They are indeed the future of the country and if I can help them see Malaysia in a broader and more substantive perspective, with a greater understanding of the diversity of the communities in Malaysia, I would have done my small part in nation-building.

Another “miscellaneous” undertaking that I have found very enjoyable during my time as an MP is reaching out to the diplomatic community. This goes beyond attending celebrations and events organized by foreign missions during the pre-pandemic days (although this was a nice perk of doing this kind of outreach). It involves explaining to the diplomatic community some of the complexities of the political landscape in the country. It involves understanding the specific concerns of certain missions with regards to their respective relationship with Malaysia, from a political as well as economic perspective. I found my previous interactions with the diplomatic community in Malaysia to be particularly useful during my time as the MITI Deputy Minister since many of the bigger missions in Malaysia – the US, the EU countries, Singapore, Japan, the UK, Australia, China, Thailand – also have many companies with significant investments in the country. Even though I am no longer in government, I believe that the insights I have gained from my 8 years as an MP and during my time in government are still useful, which is why I continue to reach out and engage with the diplomatic community.

At the same time, these continued engagements can also be helpful in terms of clarifying certain issues to the relevant stakeholders such as the need for policy clarity to continue to send the right signals to potential foreign investors and to explain to the public that the EU does indeed recognize the AZ vaccine which has been administered in Malaysia. Long term engagement with the diplomatic community is necessary to ensure the right signals are being sent to policy makers as well as members of the business community in these countries. 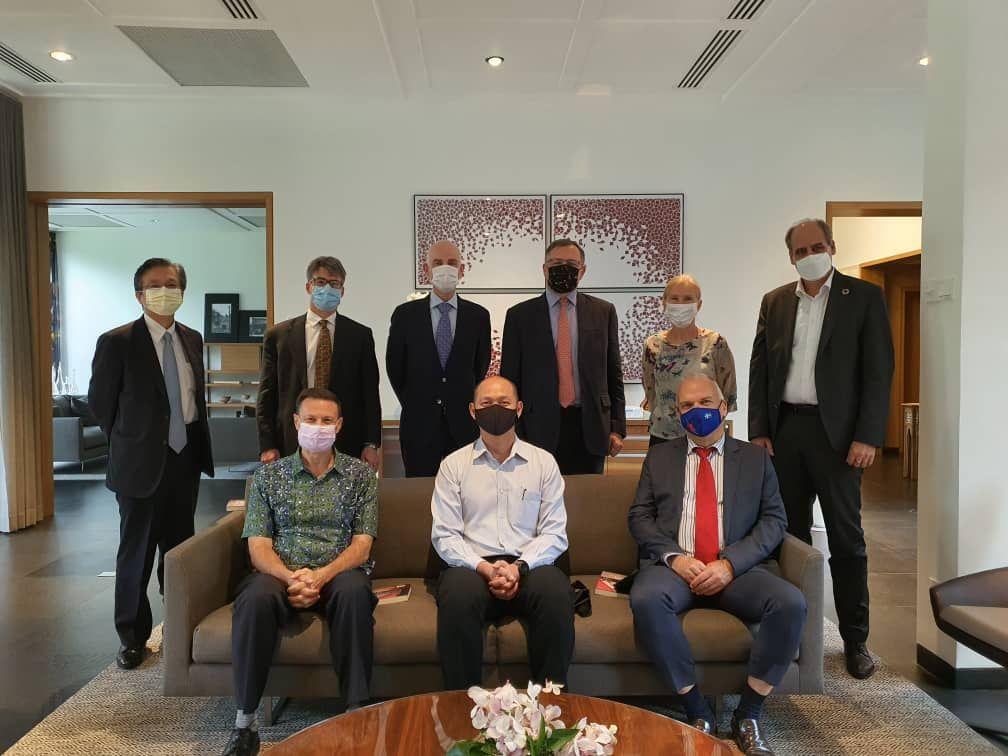 Sending the right signals is also one of the reasons why I continue to engage with the various chambers of commerce, whether formally or informally. And this is also why I continue to take invitations to speak to equity and bond investors, both local and foreign, on the latest political and economic developments in the country.

The final “miscellaneous” undertaking which I want to highlight here is my continued engagement on academic and issue-based discussions and activities with NGOs such as Bersih and Transparency International, think tanks such as IDEAS as well as academic institutions. Although such discussions often do not yield any immediate results, it is a necessary part of the process of putting ideas on institutional reform into the public sphere. One day in the future, there may be the right political appetite to legislate some of these reforms and the path of least resistance usually involves implementing proposals that are already on the table and have been widely discussed in the public policy sphere. A contemporary example is an agreement on both sides of the aisle to introduce some form of anti-hopping law before the next general elections. 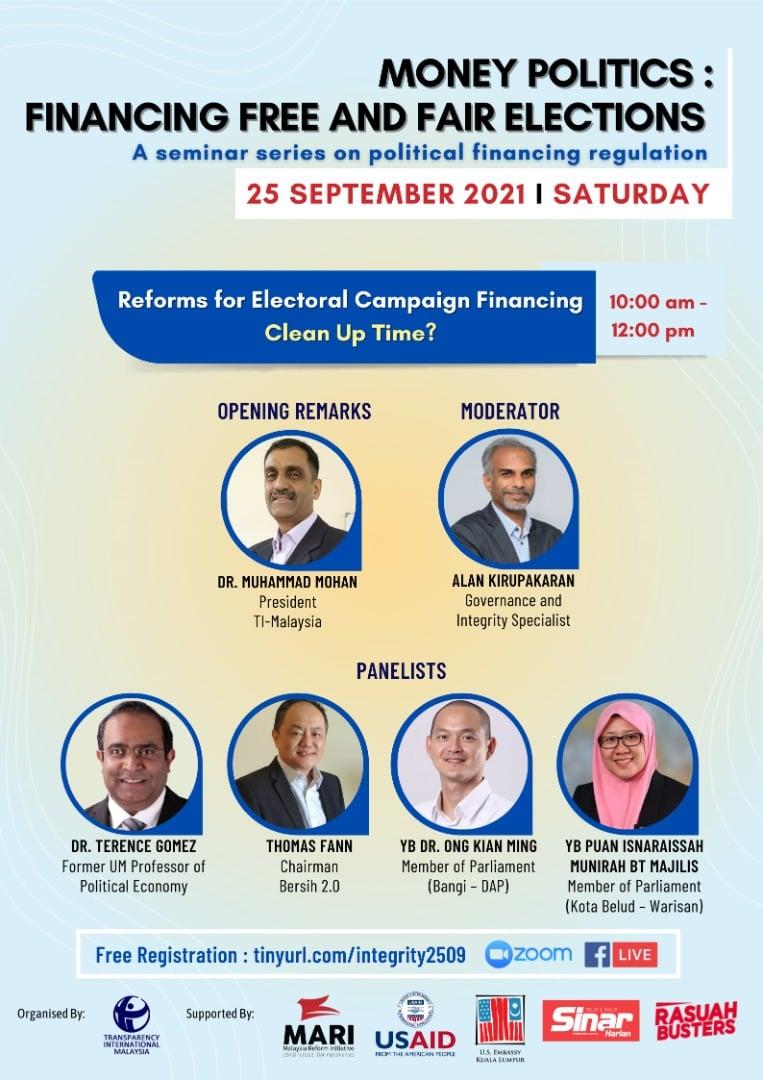 Picture 2: Panellist on a seminar on Political Financing

A responsible MP should be able to have the trust of his party and his electorate to undertake “miscellaneous” activities that do not seem to yield immediate results. The experience I’ve gained through these engagements has also allowed me to prioritize such engagements. My biggest regret in my 8 years as an MP was that I did not have the willpower to set aside time for a “miscellaneous” project which is to finish writing a book on my experience as a politician in Malaysia. Perhaps for my next project?